Joining us in this talk on Migant Literature we have award-winning Iranian poet and human rights activist Asieh Amini, libyan poet and Guest Writer at the Trondheim City of Refuge programme Ashur Etwebi, as well as Gulabuddin Sukhanwar, journalist, politician and writer from Afghanistan.
To give us all an introduction to the concept of migrant literature we have with us Hanna Musiol from the English literature department at NTNU. She will also be moderating the conversation.

The act of speaking out against oppression, violence and dictatorship have never been more important. With their own lives at risk, all of these poets have spoken out. Forced to flee their home countries, they now live and write here in Trondheim. This talk will be on migrant literature as a theme and as a form of expression, as a political statement and, most importantly, as art. 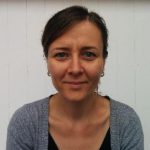 Hanna Musiol is a professor of transnational American and Anglophone literatures, and cultural studies. She has for several years worked with migration, decolonization, human rights and political ecology, and have been teaching migrant literature courses in both the US and Trondheim. 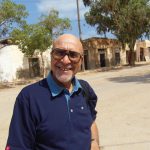 Ashur Etwebi has published nine books of poetry, one novel and is also a translator. After taking refuge in Trondheim as a guest writer in the Trondheim City of Refuge program he now lives and writes here. He is a founder of the Arknu Society for Literature and Arts, the Arknu publishing house, host to international poetry festivals in Tripoli, and now a translator of norwegian poet Pål Helge Haugen to arabic. 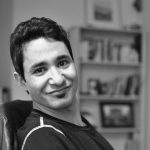 Gulabuddin Sukhanwar came to Norway in 2013. As an outspoken afghani politican, journalist and poet he was under great pressure in his home country. He has, among other things, been published in Samtiden with the essay “Mine to land” where he details his experience as refugee. At the moment he is working with musician and performance artist Kristine Sundberg on setting music to his poetry with the project “The Wandering Traveller”. 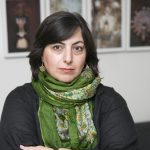 Asieh Amini is a poet, journalist, and women’s rights activist, and one of Iran’s most effective campaigners against the death penalty, particularly stoning and juvenile executions. She was awarded Human Rights Watch’s Hellmann/Hammett award in 2009, the Oxfam Novib/PEN Award for Freedom of Expression in 2012 as well as the Ord i grenseland prize in 2014.

In 2011 she released “Kom ikke til mine drømmer med gevær” (“Do not enter my dreams with guns”), a collection of poems in Norwegian translation. Her second book in Norwegian, called “Jeg savner å savne deg” (“I miss missing you”) came out in 2013, featuring an introduction by nobel Peace Prize Winner Shirin Ebadi.